When are you usually online? I just finnished my education, so i'll be online most of the day
We raid from 19:30-23:30PM (server time) on Wednesday/Thursday and Sunday nights. Does that fit your schedule? Yeah, it fits perfectly, i am able to attend all nights!

Is your connection stable? Disconnects have never been a problem

Do you have "Ventrilo" and a working microphone and are willing to speak? (Cataclysm will have a lot of boss fights where communication seems to be the key) Working miss, and a beautiful voice!

Do you use a Blizzard Authenticator? No, i do not


About you and raid experience So far, i have mostly been pugging raids on my warrior, and raided with the guild on my paladin, but the EXP i got is following:

My Cataclysm experience on the warrior is not trhilling, i know, but i know my class, as i've been playing it for years, besides that i played it throughout WotLK, where i killed 11/12 HC with the 15% buff only
I have been playing ever since TBC was released, so im not a random scrub, i know the drill!

What add-ons do you currently use for raids?
- DBM
- Grid
- Quartz

What is your raid experience including all Vanilla, BC, WotLK and Cataclysm raids. Name the class and spec you played for each one if different to your current Main character.
TBC: Karazhan-ZA-Grull-Magtheridon-SCC-Tempest keep-BT-Hyjal Summit-Sunwell
WOTKL: Malygos-OS 3D-Onyxia-Naxx-VoA-TOC-ICC 11/12 HC-RS normal
Cataslysm: 11/12

Previous guilds and reasons for leaving them? Well, as i said I began playing World of Warcraft when TBC was released, and it only took me a few seconds to notice, that this was the game, the one and only! Soon I found myself in the 2nd best guild Scarshield Legion (Where I began) in the guild named Conscience, 2nd on the realm to kill Illidan. We cleared BT and most of Sunwell. But.. as allways.. the leader decided to quit the game, so the guild disbanded.
Time went by, and soon was WotLK introduced, i transferred to Ravencrest where I cleared everything up to 11/12 HC ICC 25 in the guild Perfection, including Ruby Sanctum. But, I had to leave the guild, as I got a new job and a girlfriend, who both wanted my attention. But, I couldn’t stay away from the game, im addicted, and I will allways be, so I began playing again four months ago.
Right now im in the guild Laughing Skull, but due to new raidtimes which doesn’t fit my schedule, I have to find something else, and Death Wish seems like the guild for me!


About you and your view on you class and World of Warcraft I love my class more than everything, the warrior class is thrilling and different every day. I can pull huge amounts of DPS, and burst my way through HC's, amazing on all points! I think i have already mentioned that i love this game aswell..

Why did you choose your class/spec? Well, the warrior class is simply THE class! I find tanking a bit boring in Cata, mostly because i dont have any exiting tank gear yet, so i might stick with the spec i love, fury. Fury can do huge amounts of damage, which defines a good DPS class

What is your view on progress raids? Well, everyone must admit, that getting new gear, and having the best gear is one of the best things about raiding. But getting the HC achievements and the titles is also an important thing for me, and that includes hours of wiping! If people know their class, and you progress every try, wiping isn't bad, you will get the kill you've been fighting for in the end

What is your view on farm raids in periods where there is nothing to progress on? As i mentioned above, getting new gear is one of the best things about this game, so farm raids is awesome. Though it will get boring in the end!

What do you think about raid related achievements? I like achivement points, though i dont have many myself, but getting new mounts and stuff from raidachievements is a must for me, so it's great!


Anything important that you want to add? Write it here…. Well, i hope i can join you guys, im desperate to raid again, and i know my class, on i know this game. Remember that i have been playing for many years, and been clearing every content so far! I am not a random scrub and i will never be!

- I have also been in many progressing raids with Laughing Skull on:
- Halfus
- Magmaw
- Astramedes

So i know and have tried the heroics!

Hi Eradis, thanks for your application. We'll get back to you shortly.

To show you a bit of my DPS, i just did a succesful Timed ZA run, lost the mount ofc..
But here is some logs, and this is WITHOUT Heroism and the 15% DMG increase from the Dungeon Finder, as we assembled the group ourselves

What's the name of your paladin?

Thanks. We'll get back to you as soon as we can, but please give us some days to evaluate you.

For clarification: Have you stopped raiding on your pala - and if not, what will you do, if there happens to be colliding raid times?

Its pretty simple, i stopped raiding on my paladin, i found it too boring in the end, so it's all about the warrior!

Hi mate can u plz contact me , theart, szilia or purpleshádow in game

You just insulted the paladins, so don't contact the pala officers xD 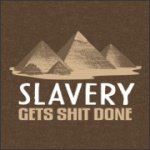